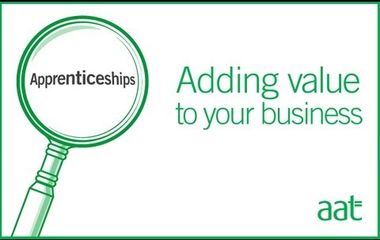 While the government makes its latest tweaks to its Apprenticeship Levy, pledging more support and calling for employers to offer genuine jobs, skills development and good supervision, Langricks is quietly getting on with creating long-term opportunities for apprentices. Here’s George’s story…

Junior Associate George Yates, 20, joined Langricks as an apprentice 18 months ago, and was placed into the Wilmslow-based accountancy firm by apprenticeship and workplace training specialists Total People.

He is currently studying for AAT qualifications and this year has fast-tracked his learning so that he can move more quickly onto the next stages. Passing his initial set of exams first time, he is ambitious and aims to be a qualified accountant by the age of 25.

As part of a talented young team of professionals at Langricks George plays an increasingly important role at the firm, juggling studying with the handling of key services like payroll across the entire client portfolio. No previous apprentice has been given this level of responsibility and in recent months he has gradually become the face of Langricks in this area, impressing clients and colleagues with his attention to detail and enthusiasm.

George is never one to shy away from late nights either when required and will stay to complete tasks to tight deadlines, supporting colleagues.

With the recent recruitment of a junior member of the team, on her own journey to qualified accountant, George has also demonstrated a great aptitude for people management, playing a significant role in her induction.

She is now supporting George with book-keeping and payroll services which is giving him the opportunity to take on new tasks for clients.  This, in turn, has freed up senior colleagues to focus on more complex advisory work – so benefiting the whole firm.

Chris Langrick, Director, commented: “George has added immense value to us as his employers and made an excellent contribution to the wider workplace, popular with his peers and the clients and doing a good job. I have been especially impressed with his management of junior employees and his overall understanding of the firm’s goals, supporting more senior associates with a maturity beyond his years.”

George was originally scheduled to sit his level 3 synoptic (an assessment at the end of the level which tests everything covered) in March 2019 but he has bought it forward to November 2018, which means that he will have to do all of his studying off his own back and be dedicated enough to make sure he puts in the hours it requires.

But the benefit of this is that he can make a start on his level 4 AAT in December this year and in the longer-term keep on track with his target of being qualified by the time he is 25  – maybe even finishing sooner than planned.

Carol Lang, Accounts Training Advisor at Total People, said George was a very pleasant student.  “ He works hard in class and is a proactive learner out of class. He is really focused on independent study in between timetabled tuition.”

Senior Associate Will Sant, who works closely with George, commented: “This sort of work ethic is constantly on show with George whether he is effectively managing the payroll department or ensuring that all of the VAT returns he is responsible for are submitted on time and have had the time they required spent on them.  He is a valued colleague.”

Chris Langrick again: “George works alongside several other young professionals at the firm as part of a proactive approach to bringing new talent into the accountancy sector and has shown all the potential I need to see to feel confident in offering him a future position with us.

He added: “I am massively in favour of apprenticeships as it was my own route in. I was qualified as a Chartered Accountant at the age of 22, so I know the value of it.”

WATCH OUT FOR FRAUDSTERS CLAIMING TO BE FROM HMRC