Latest
You are here: Home1 / Latest2 / Accountancy news3 / IS MAKING TAX DIGITAL SET TO MAKE FOOLS OF US ALL? 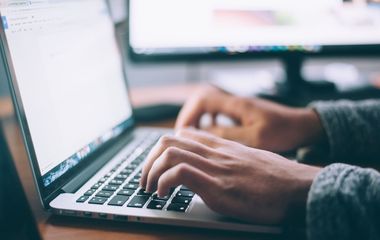 Mike Bowker, Partner at Langricks says not, but says the path to digitisation has been something of a shock to business owners. He talks here about the journey accountants are on with their clients to move tax reporting to a modern day platform.

While Britain holds its breath on Brexit another seismic cultural shift is quietly taking place in the world of tax, affecting 1.2million businesses in the UK who have a taxable turnover above the VAT threshold (currently £85,000).

On April Fools’ Day – and without a trace of irony – HMRC will introduce its sweeping digitisation programme, starting with VAT, which will change the way we report into the Revenue forever.

We at Langricks, like thousands of other chartered accountancy professionals, are navigating clients through the implications of the first phase of changes and at times dealing with the backlash from disgruntled business owners who are facing increased costs and 24-month contract tie ins with new software companies that only appear to be benefiting the tax man.

Partner at Langricks Mike Bowker acknowledged the challenges. He said “For clients with non-compliant software, or who use Excel or basic book-keeping methods, they are having to upgrade to an MTD-compliant software provider and take on a monthly subscription model.

“To be fair this is not completely unprecedented. Companies like Quickbooks and Xero moved the market into the monthly subscription model some time ago. But for some businesses this is new territory requiring more investment than anticipated. Plus they are needing quite a lot of advisory support from us and in some cases training on the software itself.”

According to recent media reports take-up has been slower than expected. By this stage over 400,000, or around a third of businesses were expected to have signed up but HMRC itself has revealed that the true figure is just 30,000, or 2.5 per cent.

In light of this the British Chambers of Commerce have even gone as far as calling for a delay to making tax digital, an opportunity the Chancellor of the Exchequer did not take up – as advised – in his Spring statement last week.

Speaking to the Daily Telegraph Suren Thiru, Head of Economics at the British Chambers of Commerce, said that although the idea to modernise the UK’s tax system was a good one, the timing “couldn’t be much worse”. He said: “In the current environment, it is an added cost and administrative burden and there still isn’t adequate understanding or preparation among businesses to make its rollout a success right now.

“HMRC’s already stretched resources will be focused on Brexit and changes to tax and customs process, so there is a heightened risk for confusion and disorder.”

At Langricks Mike and his team are continuing to advise clients to get geared up for the change and do so by the deadline.

He continued: “Delaying compliance with the HMRC directive in this matter is not an option. We’ve now taken 30 or so clients through the process of software upgrade and familiarisation and most recognise that in the longer-term keeping digital records will help their businesses run more efficiently.”

Mike does expect to be assisting clients again in August. “Once the 1stApril milestone has passed compliant businesses will be using the software and then will have until 7thAugust to submit the first April-June quarter figures digitally.  We do expect a few clients will need some further support at this stage.”

He concluded: “By inputting, recording and ultimately reporting to the HMRC digitally businesses will have more accurate, up to date information, more immediately available. And that will benefit business owners in the long-term. Anything that can help companies get a firmer grip on the financials – especially around tax issues – will impact favourably on business performance.”