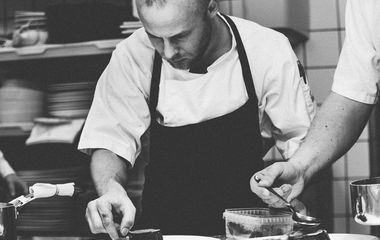 Chris Langrick FCA,  Director at Langricks Chartered Accountants & Business Advisers, says recent naming and shaming of big companies for technicalities around how minimum wage is applied is a tough gig for the leisure sector.

You may have read in the media over recent weeks about some large companies, particularly in the leisure sector, being fined for failing to pay the minimum wage.

Wagamamas had to repay on average £50 each to 2,630 staff.  The hotel chain Marriott has also been fined as it had underpaid 279 of its staff around £250 on average.

The media reports that these companies are “failing to pay minimum wage” or “named and shamed for paying below minimum wage”.

Do we really think that Wagamamas and Marriott would risk their good names by deliberately avoiding the national minimum wage or have they simply being caught out on technicalities?

When you dig a little deeper into the circumstances of their misdemeanours it’s clear that the latter has prevailed.

Wagamamas was foxed by an interpretation of how the minimum wage regulations apply to uniforms.  Where staff are on the minimum wage and required to wear certain clothes for work, such as black jeans, an allowance needs to be made.  Fine.

However a professional employee wearing a suit cannot claim any such deduction.  The argument is made that apparently a suit can also be worn for personal reasons, but black jeans cannot. This is clearly a mistake waiting to happen for any business.

The rules governing what employees are entitled to are so complex and open to misinterpretation – it’s no surprise that companies, even with ‘armies of HR and legal personnel’ as the media put it – might on occasion fall foul of the regulations.

What has amazed me is in the overall scheme of things and the scale of the payrolls these companies are running, these are relatively small amounts to chase for HMRC.

Not that I don’t believe in fairness of pay – it just seems ridiculous that while all this is going on there seems to be little progress with curtailing the well-documented tax avoidance strategies of big business like Starbucks and others.

Starbucks isn’t doing anything illegal of course. They are simply drawing down on the size and scale of operations and the level of tax expertise at their disposal both in-house and via external consultancy services.

But it does not make it a level playing field for the independent coffee shop owner down the road, who has no such legions of support and will be paying standard rates of UK tax whether he likes it or not.

One of the ways proposed around the problem is to link tax to turnover – a kind of ‘turnover tax’  but this would never work – there always needs to be a reference to profit.

I am all for employees having appropriate pay in their pockets, but it is clear that while the rules may have prevailed, common sense has certainly not.

Rather than naming and shaming companies trying to work out what’s a tax benefit and what’s not, we would all be much be better focused on challenging the rules in the first place.

Cash is King – how to manage potential risks and surprises.