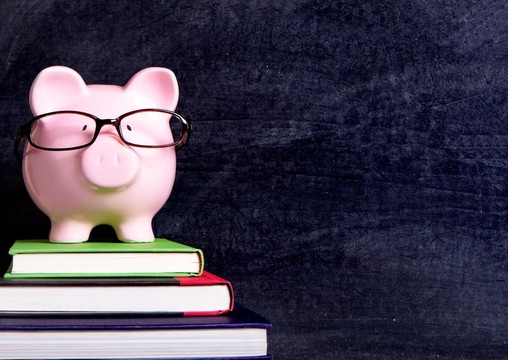 New research from The London Institute of Banking and Finance (LIBF) showed that 58 per cent of students aged between 15 and 18 did not receive any form of financial education, according to a report in The Telegraph.

Despite personal finance education becoming mandatory in the curriculum it seems it is getting pushed out in favour of ‘mainstream’ subjects. Which raises the question of where young people are turning for advice and knowledge on savings and debt.

If they are relying on their parents for good advice we could be in trouble. The Chairman of the Bank of England recently expressed concern about the growing levels of household debt in the UK. The current total of personal debt is a shade over £1.5 trillion.

Particularly alarming is the growth of unsecured debt such as credit cards and overdrafts. The concern is that instead of taking advantage of low mortgage interest rates to put money aside for a rainy day, people are instead opting to binge on cheap finance to fund cars that they’ll never own or other lifestyle enhancements.

Unfortunately we know how this story ends - just think back to the financial crash of 2008!

The BoE’s Stability Report showed that the overall ratio of household debt to income was 133% in the second quarter of 2016. As a comparison, the ratio in Germany is around 85%.

As a nation we are bad at managing our personal finances. And we seem to be doing not nearly enough to educate the next generation about the value of managing money and saving.

If we want to create more entrepreneurs and successful business owners, developing some basic money management skills would be an excellent place to start. You might have a great idea to start or expand a business but you’ll probably need some capital to make it happen. When it comes to that point, using money you already have will be far cheaper than any money you need to borrow.

The final irony is that the nation that leads the world in selling financial services is also one of the worst when it comes to managing our own money. It’s a situation we need to change urgently. Robust and universal personal finance education would be a great place to start.