WATCH OUT FOR FRAUDSTERS CLAIMING TO BE FROM HMRC 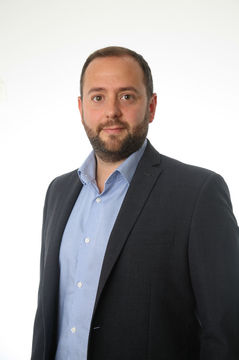 Mike Bowker, Director at Langricks, has this cautionary tale to share about fraudsters contacting businesses pretending to be from the HMRC. Make sure you are not their next victim:

On another day our motor industry client might have been swindled out of £9K, but when this call came in I was already speaking to him on his mobile so heard every word and was able to advise.

The call came into the landline from someone claiming be from HMRC. He said that our client had not paid his VAT bill.

Our client immediately checked his bank account and read out the amount paid and the date so surely all was in order.  The person argued that it had been paid into a PAYE account in error and that they would happily refund that amount, but only when our client had paid the bill again straightaway – otherwise they would ‘send the bailiffs round’.

The fraudster then provided bank details to pay the bill and instructed our client to put as reference ‘HMRC late payment’.

Hearing all this and knowing that was very unusual for HMRC to make this kind of call – they would just normally reallocate a payment made to the wrong department – I told the client not to pay.

Realising that something was amiss the fraudster now got very pushy and threatened again to send over the bailiffs unless an immediate payment was made.

By this stage our client was understandably concerned and was considering just making the payment. I said I would phone HMRC and check it all out.

Eventually the client managed to get rid of the fraudster and HMRC told us that there was no money owing and that it was a scam call. The scam has been recorded with them.

They confirmed that in these circumstances that they would simply reallocate payments made to the wrong department instead of refunding and would not make a company pay again straight away.

They also reminded us that any caller from HMRC would always go through security questions before speaking to anyone (which this person didn’t).

Our client said that if I hadn’t been there it might well have parted with the £9,000 being asked for and it was shocking how plausible it had all seemed at the beginning.

The HMRC provides this guidance for people in doubt. Well worth a read.